An Empire for outsiders: How Jussie Smollett could help change hip-hop for the better 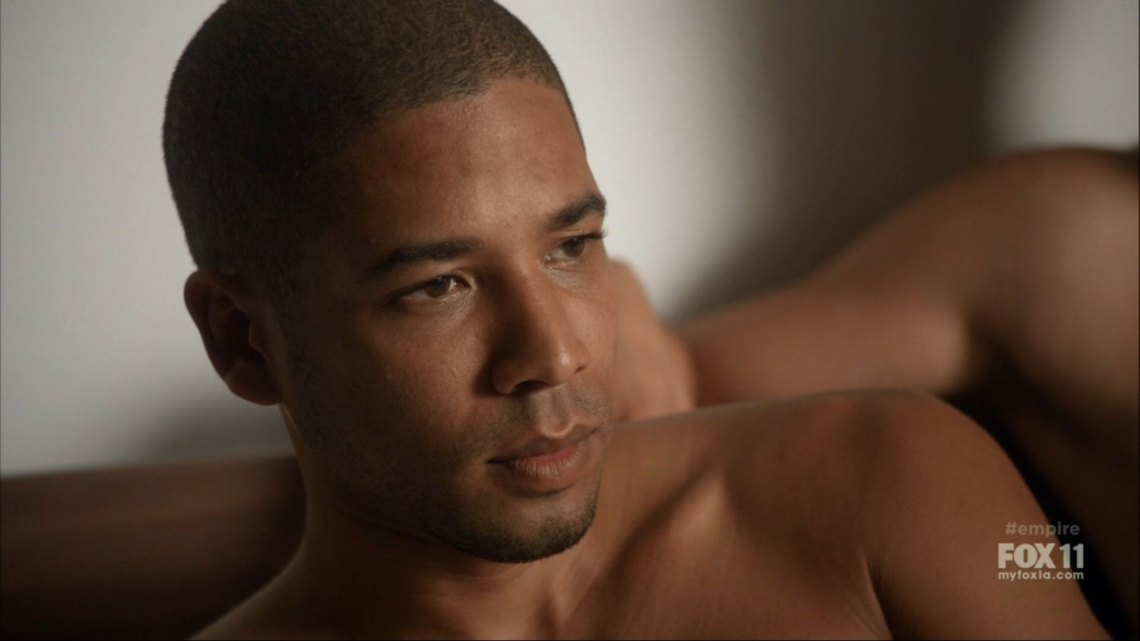 Hip-hop is changing, and it’s about damn time. Even though hip-hop as a subculture was itself once born from oppression and rebellion, at times it can seem oppressive and closed-minded in many aspects. Case in point: sexism and homophobia, (too) often the sad flipside of the hyper-masculine expression that is one of the pillars of hip-hop. But just in case you’ve spent the last 27 years bumping your boombox under a rock: The times they are a-changin', the glorious days of ’88 are long gone, and we have entered new, even gloriouser days of overall acceptance, tolerance and love where LGBTI artists (and their fans!) don’t have to hide in the shadows anymore. Okay, hold your horses, we’re not quite there yet, but there’s light at the end of that tunnel (and no, this isn’t gonna be the nth comment on the overuse of homophobic slurs – we’re trying to paint a bigger picture here).

One person could very well very soon play a key role in furthering the acceptance of gays in the mainstream – or in this not-so-sub-anymore culture we call hip-hop, anyway: Jussie Smollett, the breakout star from Empire. A role he is already playing, and a great one at that.

On the wildly popular new Fox drama, Smollett portrays Jamal, second of three sons to record industry mogul Lucious Lyon (Terrence Howard) and his ex-wife Cookie (Taraji P. Henson). Jamal Lyon is a strikingly good-looking and just as talented young musician – and, of course, gay. What’s more: in March, Smollett revealed on The Ellen DeGeneres Show (where else) that he and his character have more in common than just the immense musical talent when he once and for all confirmed the ongoing rumors and came out as gay himself.

Sure, Jamal is hardly the first gay person on TV, nor is Smollett the first gay artist to publicly come out. But one thing distinguishes him from his predecessors: his phenomenal reach. Empire could boast up to 17 million viewers per episode during the first season running from January to March – so we’re talking about massive mainstream appeal here (not to mention the soundtrack that rocketed to number one upon its release in March, famously blocking Madonna’s Rebel Heart from the top spot in the process). And the hopes for season 2, slated for a September premiere, are high. “I don’t believe you need a big hit TV show or a hit record to make an impact, but I’m glad that I can affect lives in the way my life was affected by people I looked up to,” Smollett told The Wrap in June. “It’s so amazing to be able to maybe change minds by simply doing what you love. If that’s not fulfilling, I don’t know what is.”

Empire, co-created by Monster’s Ball, Precious and The Butler producer/director Lee Daniels, is already changing minds in more ways than one: Hip-hop as a (sub)culture has only become a major mainstream staple in recent years, and the show’s success impressively underlines its mass appeal after several setbacks (originally conceived as a feature film, the series premiere was first slated for a fall 2014 premiere). Furthermore, Empire proves once and for all that blacks watch TV, too – according to Nielsen, people of color make up about 61 percent of its regular audience. The show features a primarily black, but overall very diverse cast (“TV is a more diverse space right now [than the movies] because TV is driven by the people,” Smollett says); the plot closely follows a woman’s (Cookie’s) fight to get the recognition she deserves in a world ruled by powerful men (like her ex-husband),  and last but not least, there’s the gay storyline. 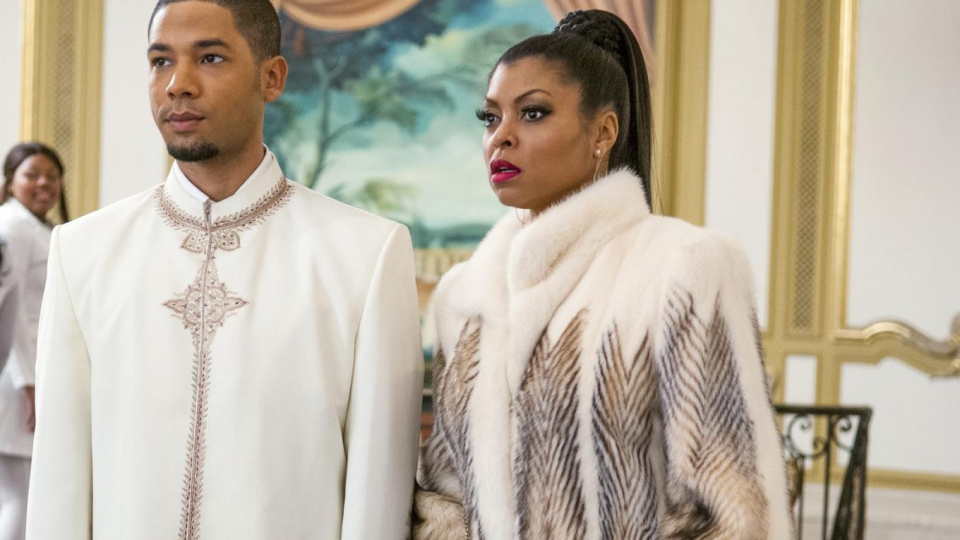 The show has been criticized for promoting stereotypes and doing more harm to the black community than it does good, but while the creators do in fact heavily rely on various clichés (the mainstream audience loves those), apart from a few missteps, they are mostly employed in a nuanced manner. Take the topic of ‘the gay kiss’: when it happens, it’s not with that certain ‘OMG-they’re-gonna-kiss-now’ voyeurism, but casually – and in the pilot, no less. Jamal’s being gay is one of Empire’s premises, not this big secret that has to be revealed, and the young man is not depicted as insecure or even ashamed – the painful act of self-acceptance that every gay person has to go through has taken place long before we get to know Jamal.

Starting out, Jamal has a live-in boyfriend, Michael, but the relationship sours and finally comes to a bitter end because of the singer’s rising fame, meeting (and heavily flirting with) interesting new people, etc. Yawn, you might say, so cliché-ridden. True, but the point here is: What is a well-known storyline for your all-American straight couple is somewhat of a novelty for their same-sex counterpart on TV; the underlying message being: ‘Gay couples are just like regular couples, too’ (duh, I know). Off the top of your head, can you name another record-breaking mainstream TV show aimed at a mainly straight audience in which a gay couple’s love life is essential to the plot? I’ll wait. Gays are – fortunately enough – far from invisible on TV or in the movies, but their roles are usually still restricted to the cute/funny/sassy sidekick of the hero(ine) (think: Stanford Blatch in Sex and the City). That has been changing gradually, but the road to full-blown acceptance is long and rocky.

Jamal’s main mission on Empire though is to stand up to his father, former drug dealer turned rapper turned ‘Empire Entertainment’ mogul Lucious (Howard). Father Lyon represents the older generation in hip-hop, the one that hustled in the streets with dreams of making it big and that famous Get Rich or Die Tryin' attitude, the one who had to face oppression, poverty, prejudices, and in the end came out on top – but is still bound to the old ways. Meaning: Lucious is a rampant homophobe who, for the life of him, cannot wrap his head around his middle son’s homosexuality and hence refuses to accept or acknowledge it (the flashback scenes in which little Jamal puts on his mother’s high heels, much to the shock and disgust of his father, are admittedly not only over the top, but borderline offensive – but they get the point across, I guess). Consequently, Lucious prefers mentoring his youngest, Hakeem, to become his successor as the leader of his ‘empire’ (the central, Shakespeare-esque plotline is the dying father pitting his three sons against each other to deem one of them worthy of his legacy in the end) – even though Jamal is quite obviously much better equipped. And has much more in common with his father than both of them like to admit. Again: gay people are people too, folks (a simple, but powerful message that bears repeating)!

While trying to break through as an artist in his own right, Jamal is heavily advised by basically everyone (not only his father, but also his mother a.k.a. new manager) not to come out to the public, against his explicit will. So he, as Jussie Smollett put it, “grows balls” and does it anyway: in episode eight, he performs Lucious’s song You’re So Beautiful at the label’s heavily publicized white party, changing the bridge’s lyrics to “This the kind of song that makes a man love a man.” Jamal’s move is a true “Lyon’s Roar” (the episode title), one of many that prompt his father to give in – or rather: admit to himself he was wrong all along! – and hand the ‘empire’ over to him in the season finale after all, in form of a golden scepter. Okay, that last part might just be a little tacky and pretentious, but it’s a powerful symbol nonetheless, meant to connect two generations of hip-hop (artists) that seem so different on the outside but essentially represent the same values on the inside. Freedom. Equality. Love.

Naturally, Jamal’s/Smollett’s story – they go hand in hand in one of those rare occasions where art (read: entertainment) and life meet in the middle, no imitation needed – has already inspired many Empire viewers to follow his bold example in way or another and share their stories with the up-and-coming 32-year-old. “There was a father that came up to me,” Smollett recounts during his interview with The Wrap, “an older black guy, and he told me that his son was able to come out to him because they watched Empire together and the world kept spinning – because it does.”

But it’s not only individuals issued from that amorphous mass called ‘the public’ who need inspiration and encouragement – it’s the artists too, human as they are (which we sometimes tend to forget). There’s a slew of world-renowned entertainers from the hip-hop realm – notably rappers Missy Elliott and Da Brat, or contemporary R’n’B singers Trey Songz and Miguel – who have been rumored to be closet gays since their very first steps into the music business (in both the MCs' cases, more than 20 years ago) but have never officially come out. If for fear of repercussions, or if because those rumors were maliciously fabricated to account for the fact that none of said artists seemed to fit in their respective musical genres’ accepted ‘male’ and ‘female’ gender categories, we might never know.

Long story short (might be a little late for that, I reckon – and I haven’t even touched on the brilliant, Timbaland-produced soundtrack!): The times they are a-changin', and hip-hop with them. For the better, that is, and fictional characters can be very helpful catalysts for the acceptance of minorities. Thus, Empire’s Jussie Smollett might prove pivotal as a gay advocate in the big ol’ straight mainstream world out there. Not an easy role, for sure, but he seems prepared to take it on. 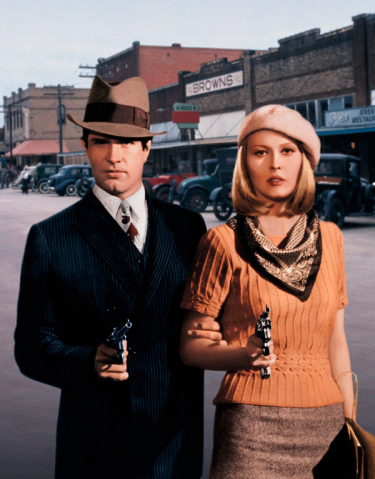 Recently I, along with my trusty homogoggles, had the pleasure of watching Arthur Penn’s 1967 film on the duo, starring Warren Beatty as Clyde and Faye Dunaway as Bonnie. While watching the film, I began noticing that Clyde would have preferred Bonnie were a Ronnie, despite the two’s depiction as a couple in most other forms of media.