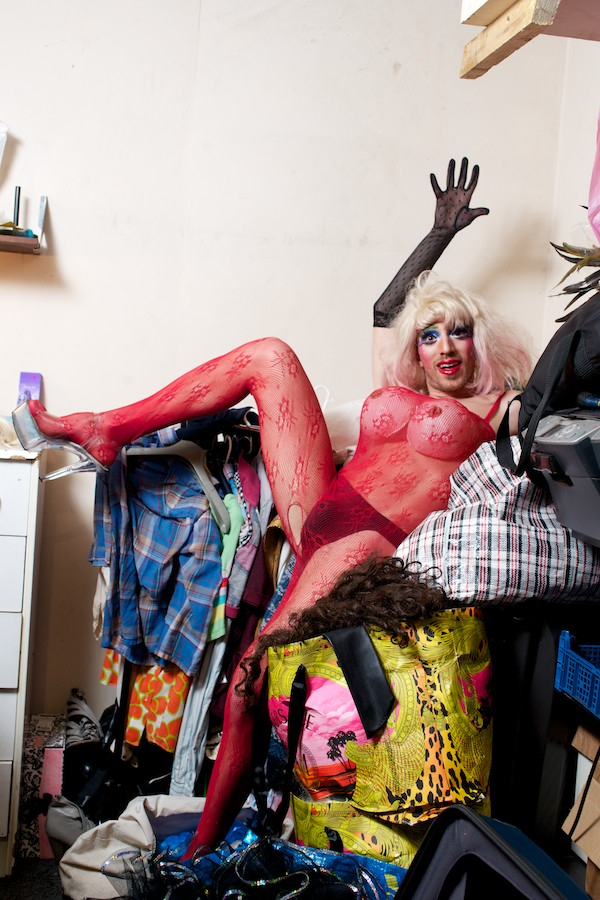 In our visually oversaturated epoch in which we are constantly bombarded with images of stylish and sophisticated celebrities and subjected to endless cycle of next-big-things, how are we to tell the meaningful from the mindless? When forced to adopt a trend with barely enough time to scramble into it before the fad fades, how are we supposed to weigh up the world of wardrobes we inhabit? Well, you can leave that to me – your guide to fashion and all of its associated moral conundrums. Don’t you worry anymore, trying to figure out what’s hot and what’s not, because you’d only get it wrong anyway. Instead, let me introduce you to five ultimate style icons from whom you can learn everything you need to know about dressing with panache. You’re welcome. 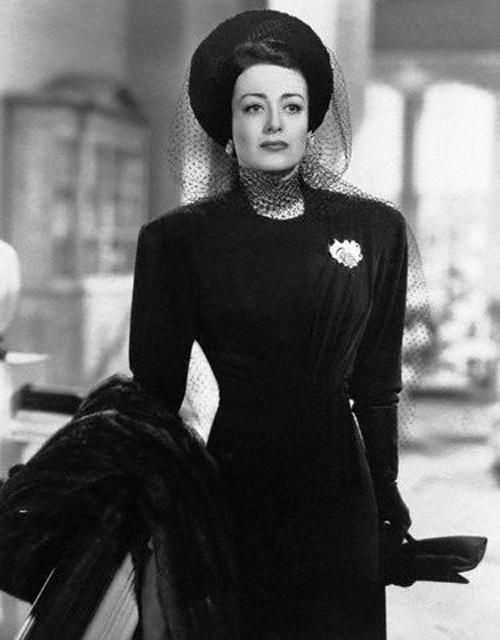 You think Cara Delevingne ignited the international vogue for big brows? Think again, lover, because the OG eyebrow queen is none other than Oscar winner and sexual Olympian Joan Crawford. Famed for her huge shoulders and her unquenchable thirst for Pepsi, Crawford was one of the biggest stars in Hollywood, with a career that spanned six decades. With enough self-determination to sink a battleship and the self-restraint of a toddler, Joan’s contribution to fashion is unparalleled. Who else could deliver a slap to both sides of a co-star’s face with such a fluid, precise movement? Who else could work that half-smirk over a burning cigarette to such great heights? No one – that’s who. Offscreen too, Joan was a paragon of glamor, whether spontaneously posing for the world’s press in her nightie, clutching her newly won Oscar, or giving a gracious interview whilst being wheelchaired through an airport in a pink cowboy hat and white kabuki make-up (holding an unknown child), there never was a moment when she was less than FULL JOAN. Crawford taught the world a lot about fashion; with her unique fusion of fuck-me pumps, pistols and ongoing feuds, she is practically the template for the modern style-conscious celeb. She also knew how to accessorize, complimenting her ravenous bisexuality with two bottles of vodka stashed in her alligator purse – a style secret I myself have been know to utilize in several moments of high-fashion crisis.

Recommended Reading: My Way of Life by Joan Crawford

A Man To Pet

With her lusty combos of inflatable tits, stuffed birds, sequins and mini-dresses made from CDs, the Greek sex symbol is clearly the sartorial heir to Tina Turner and Paco Rabanne, simultaneously. Internationally adored for her onstage extravaganzas, the drag darling recently reworked The Odyssey as a musical, to critical and commercial acclaim, at The Hackney Attic. Clearly not one to shy away from color, Ms To Pet, can teach the importance of both a bombastic personality and an insatiable curiosity when it comes to finding new ways to wear office stationery. Although couturiers line up to dress this iconic trollop, she remains a paragon of democratic vestiary; for you, too, can get the A Man To Pet look by simply running through a “99p or less” shop, blindfolded and covered in double-sided tape. 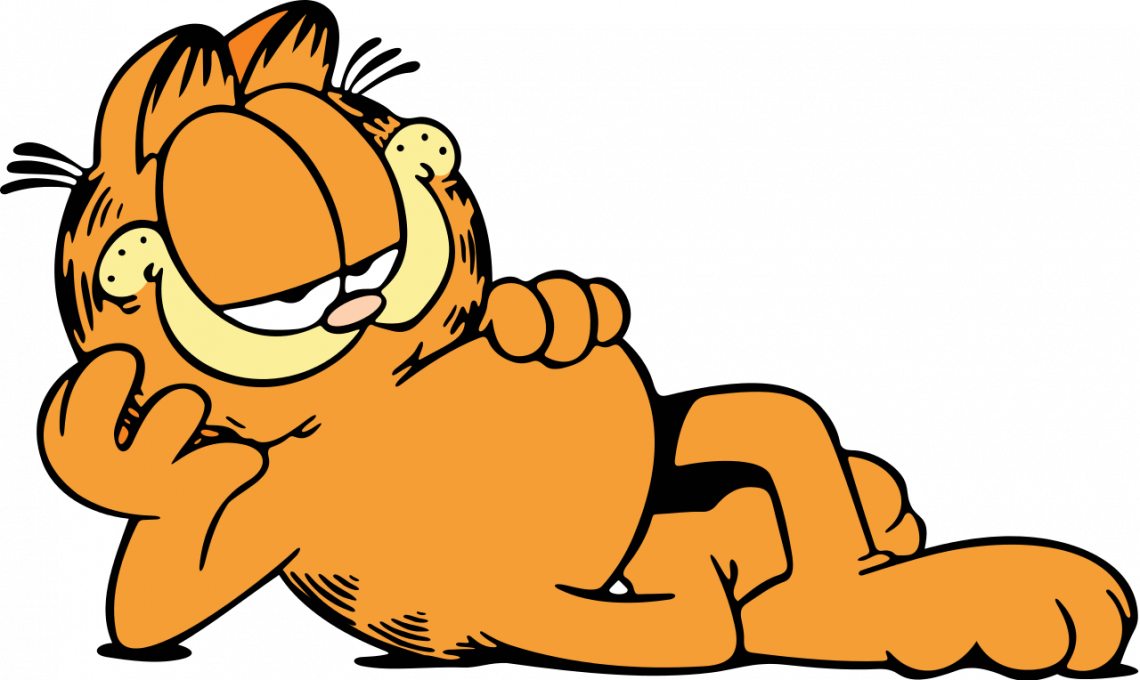 If ever there was somebody who disproved the old adage, “The clothes maketh the man”, that somebody would be Garfield. A cat of undisputed international stylistic importance, Garfield is a fashion icon despite never really wearing any clothes; for him it’s all in the cattitude. Destroying the modern myth that successful people must be on the go 24/7, Garfield has become a global mega-brand simply by hating Mondays and staying in bed. A little bit of James Dean’s pretty boy cynicism, a little bit of Johnny Rotten’s snarling anger and a lot of lasagna have made Garfield an inspiration for modern menswear. Hedi Slimane recently named him as one of the pivotal influences on his work for Saint Laurent, and rumors are rife in Tinseltown that Sofia Coppola has cast Robert Pattinson to play the loveable orange furball in a live action movie, to be soundtracked by Nicolas Jaar and Dead Can Dance. With credentials like that, is it any wonder Garfield regularly tops best-dressed lists the world over? 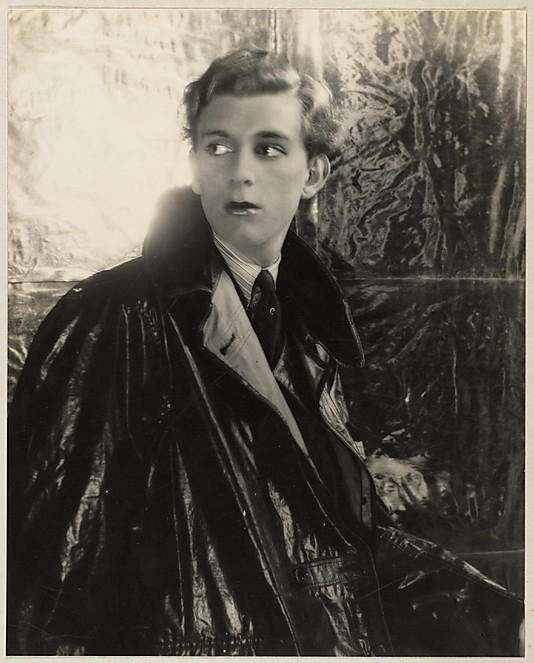 Perhaps, not a million miles from Garfield, the original Bright Young Thing took himself to bed at thirty and stayed there for the next fifty years. Called “the last professional beauty” by fellow toff-about-town Oswald Sitwell, Tennant retired from public view to preserve his good looks. His excessive inactivity, however, led to rapid weight gain, a situation he dealt with as only a true sartorial grand dame could, by declaring, “I'm beautiful, and the more of me there is, the better I like it!’ A great socialite during the interwar years, S.T. was the inspiration for characters in novels by Nancy Mitford, Evelyn Waugh and V.S. Naipaul, but undoubtedly his greatest contributions to style were his beauty tips, such as washing one’s hair in champagne to add luster, or painting on a suntan on one’s legs with pan stick foundation. His habit in later life, of making his rare trips to local shops in a skirt fashioned from a tablecloth, is also of extreme importance to anyone whoever fretted over a frock that could take them from day to night, comfortably. His great work, Lascar, an epic illustrated novel, remained unfinished upon his death, fitting for a man who, as John Waters noted, held the “eccentric vocation of doing nothing in life – but doing it with great originality and flamboyance.” Tennant remains the ultimate style hero for those of us who just want to be left alone to take a nap – but insist on looking faboo whilst we do so, just in case the Crown Princess of Norway drops in unexpectedly to huff some spray-paint. 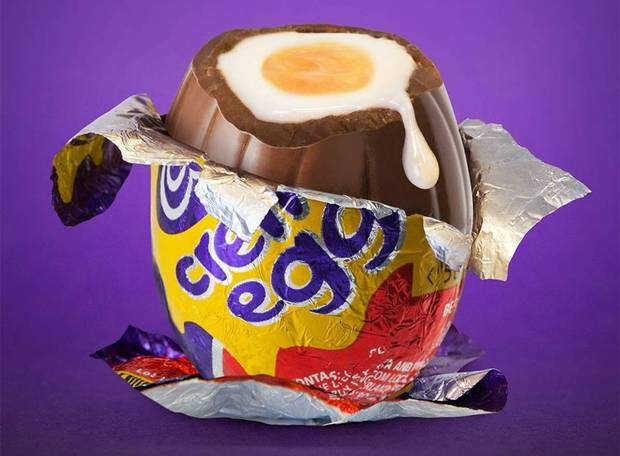 I believe a stylish woman should be three things; glamorous, mysterious and seasonally available – just like a creme egg. Some say the creme egg is outmoded, but I say she is timeless. From the classic red and purple metallic cocktail wrap she wears, to the saucy star tattoo on her luscious cocoa shoulder, everything about her declares she is an independent woman who sticks to her fashion guns, defiant in the face of criticism. An intensely private person, despite intense media pressure, and several serious grillings from such journalist heavyweights as Barbra Walters and Jeremy Paxman, she has never fully revealed what exactly that strange creamy goo at her center comprises. The element of mystique that hangs over her, coupled with her iconic curves and her gorgeous silhouette, truly make her the Great Garbo of the confectionery aisle, a one-of-a-kind fashion icon to be treasured.

La JohnJoseph’s debut novel, Everything Must Go, is available now, from ITNA. 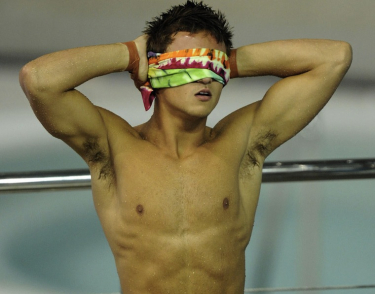 Scent and Sensibility - The Thing of the Stink

It’s been scientifically demonstrated that body odor plays a huge part in sexuality and attraction between humans, and thus should not be underestimated. I, learned that my peculiar way. One of the first guys I had sex with said he was really into my smell, so much to the point that he dumped his boyfriend and moved countries to live with me. Months into our relationship he kept 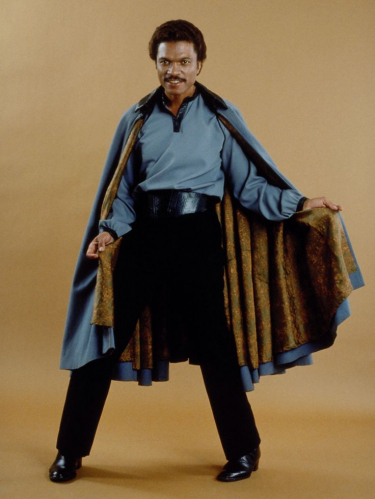 Secretly Gay Movie Characters: Gay the Force Be With You

Let’s be real, Star Wars has always been a little gay (your secret is out, boys). Most of us are well familiar with the series that centers around a predominantly male cast traveling in several cockpits through the universe, sword-fighting one another with their long, phallic light sabers. I never looked much deeper into the series’ homoeroticism until I recently re-watched The Empire Strikes Back. Now watching the film with my homo-goggles securely on, I noticed our