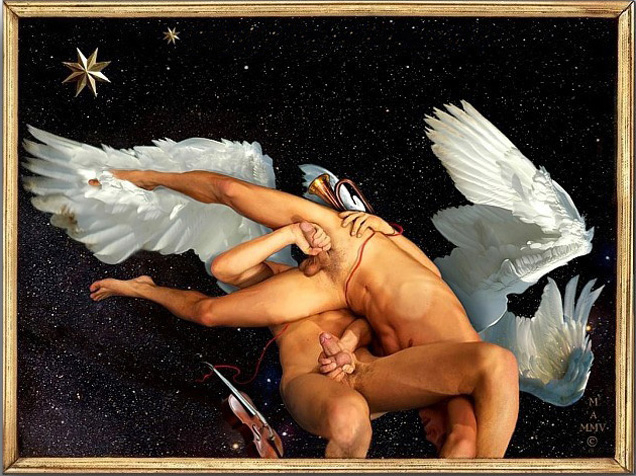 I’m at a museum for an exhibition by this famous Italian artist Frankie V. He makes movies and photos and books and celebrities love him, the art world loves him, the gay zine people love him. He’s very good-looking. He’s great. His new show is a collection of carved stone, Roman heads. Busts. But like restored, painted with their "true colors" as if to humanize them. They look garish. Like something from the circus. He’s painted every one with Caucasian features. One, one woman isn’t but aside from the one they’re all white. Exaggerated Caucasian skin tones, bright blue eyes, bright red lips. Like cartoons like d'Aulaires' Book of Greek Myths. Like bad drag. And the noses he’s restored. I guess they were chipped off but he’s put them back on or made new ones. I wonder is this a comment on plastic surgery? Throughout history, famous sculptures were “discovered” or stolen by the British and Western European empires and they often cut off the noses, chipped away at them, claiming that they were so fragile they just fell off in transit. But of course that’s not true. The pillaging discoverers meticulously scrubbed off the paint and chipped off the noses because they revealed the sculptures to be depictions of non-white people. Gods, goddesses, queens, royalty, famous warriors. Erased and neutered, maimed into The Tradition. So his art was to put the noses back on and put the faces back on to make them look white, or something. Or maybe he really was doing the original colors but he only chose caucasoid-looking people. I feel depressed. It’s like being in church, or the idea of church. Wanting to go to church to get a sense of peace, comfort, divinity, but then halfway through the sermon the priest or whoever starts talking about sin, about how fags are going to burn, adulterers are going to burn. It’s frustrating. I feel let down. Not just by history but by the present. I feel like no one’s trying hard enough. Even here, in an art museum. Why’d you have to do that, Frankie? Why did you do them this way.

It’s like a little kid, willfully ignorant, who takes an animal from the backyard. He rescues it, gives it a new home in a cardboard box in his bedroom and the thing promptly dies. Should we feel sorry for this child? Should we honor his sadness? Should we give him another chance.

I’m really here, not just for the art but for the cocktail party. I think I can do that. I think that’s where I’ll be on the same page as everyone. I sneaked into the champagne reception. They closed off one of the gallery rooms of the museum, emptied it out to make it the secret party room. There’s a photographer here. I try to avoid them but it's hard. I don’t want to be in any of the photos of this event, of this party. I don’t want there to be any photographic evidence of me at the reception. I'm not sneaking. The curator invited me. He just doesn't know he invited me. He did it online. He invited lots of cute boys. And I was invited. I have a place here. I’m entitled to celebrate.

I had to pay $10 entry to get into the museum so yeah I'm having three glasses of free champagne. EDIT: Five glasses. They moved the bar across the room, across the gallery. They shut it down, the table in the back, and said they were closing up. But then they just reopened it at the front part of the room. EDIT: Seven glasses. I feel rich. I wore really expensive and nice crazy clothes. The Japanese designer jeans, which I paid retail for. I waited for them to come out, to get to the store. I waited in line. I spent what some people might spend on a month’s rent on one pair of jeans. And I love them. After that, Michiko, the sales associate at the boutique, was my friend for a year. She’d always ask how the pants were. How do I like the jeans? Oh they’re fine. I got invited to everything, for a time. Every sample sale, perfume launch, store party. Then it stopped.

But tonight I'm cute were all cute all you have to be is cute. Another famous artist is here, were all here. She's cute everybody’s cute were just here all of us to toast Frankie’s success. We’re all just being cute and wearing cute clothes and just feeling really excited and optimistic about art, about beauty, about history. He arrives and is carted off. He’s whisked. He’s whispered to. He’s so happy. Things are going great. Can I have another glass of the champagne please. Prosecco, sorry.

Someone here is wearing those new Nikes that came out 72 hours ago and there's a magazine editor here, who started who started this fashion magazine when she was working as a model because, she said: “We’d all finish the job we’d gotten paid to do, and then we’d still have the studio and the lights, and we’d be, ‘Oh, let’s do some nudes,’ or ‘Let’s experiment with this new lens I have.’”

This is one of those places you know where everybody has a story. Everything's fine. I’m remembering there’s another art opening I wanted to go to tonight, in the Lower East Side. I want to go to Manhattan to see funky art by the younger artist. I want to see my friend’s work. I want to see paintings made by someone I know.

And then I run into these two Angels I know. They look just like cute boys but if you see them together, if you overhear their conversations with each other, eventually you’ll realize that they are not boys they are angels. They're adorable. They don't drink. They watch me drink, though. Angels. No genitals. Virgins. Warriors. Cherubim.

Angel A asks do you know Angel B?

Angel B nods and I say yes I met Angel B a while ago, but we can’t recall where. What we don’t tell Angel A is that we met at a nightclub, he was flirting with me, I think. I think it was him. I think I’d remember.

They’re bored. They ask when I’m planning to go to the Lower East Side to see the other art. I say whenever. We all decide to leave together yes please. In the company of Angels?  They introduce me to luminaries on the way out. Oh, they say, stopping every ten feet, do you know Max? He’s an artist, he’s a great artist. The Angels work in Art, in PR. I have a crush on Angel A.

Angel B says we should go to the Lower East Side soon, because he wants to go to the secret Angel meeting later tonight. Angel B says he’s met someone. He’s seeing someone.

Angel A says Oh, you did, did you? How nice.
Angel B says I don’t know, I just don’t know yet, about the new guy. I’m trying not to get too excited. But one thing I do know is that his dick is beautiful. He has a really nice penis.
Angel A says Great. Angel A asks if I don’t mind taking a car, if he’ll pay for it. I don’t mind at all.
Angel A is checking his voicemail while we’re walking to the corner to find a cab. Angel A sees me looking at him, I’m watching Angel A listen to his messages.

In the car the Angels have brought along another friend. I hadn’t noticed her before, a Nice Girl. She says that’s so exciting Angel B about your new Boy. What about you, Angel A, have you met anyone?

Angel A says No. My ex boyfriend still has custody of our puppy. It’s horrible. I’m not seeing anyone. I wish Angel A would see me, I have such a crush on him. But he can’t see me he’s sending a work e-mail from his cellphone in the back of a taxi. I could never date Angel A or any Angel, anyway. It’s against the rules, I’m sure it is. Because I’m too bad. They’re too good for me, they’re so sweet. I don’t deserve Angels.

They pay for cabs and they just drink water. Soda, sparkling water. Maybe a little fruit. Some ambrosia perhaps. We get to the gallery downtown, there’s a huge crowd here. For younger emerging queer abstract art. It’s a new show by my friend Enid. She’s a brilliant Performer but she’s also a brilliant painter/polyglot. She’s at a gallery named after a President, sort of.  It’s like abstract, scatological, feminist, futuristic. Hippie shit but like from the end of the world. Woo-woo art, right up my alley.

Angel A says do you want to smoke another cigarette before we go inside? He actually says: Shall we have a fag before the next gallery? To calm our nerves?

In 2011, I graduated from the College of Santa Fe with a self-designed degree I titled “Sexual Liberation as Art,” which had taken months of meetings, essays, and conversations with department heads to accept. As I walked across the graduation ceremony stage once my degree had been announced, I received a raised fist salute from feminist art writer Lucy Lippard 1, our commencement speaker. I devised my degree title from the radical porn films of Emilie Jouvet 2 and Richard Kern 3, the sexual musings of Susie Bright 4 and Annie Sprinkle 5, and the explicit early work of Cosey Fanni Tutti 6, whose “art as life/life as art” mantra broadened my perspective on creative process. 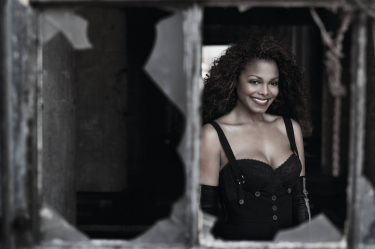