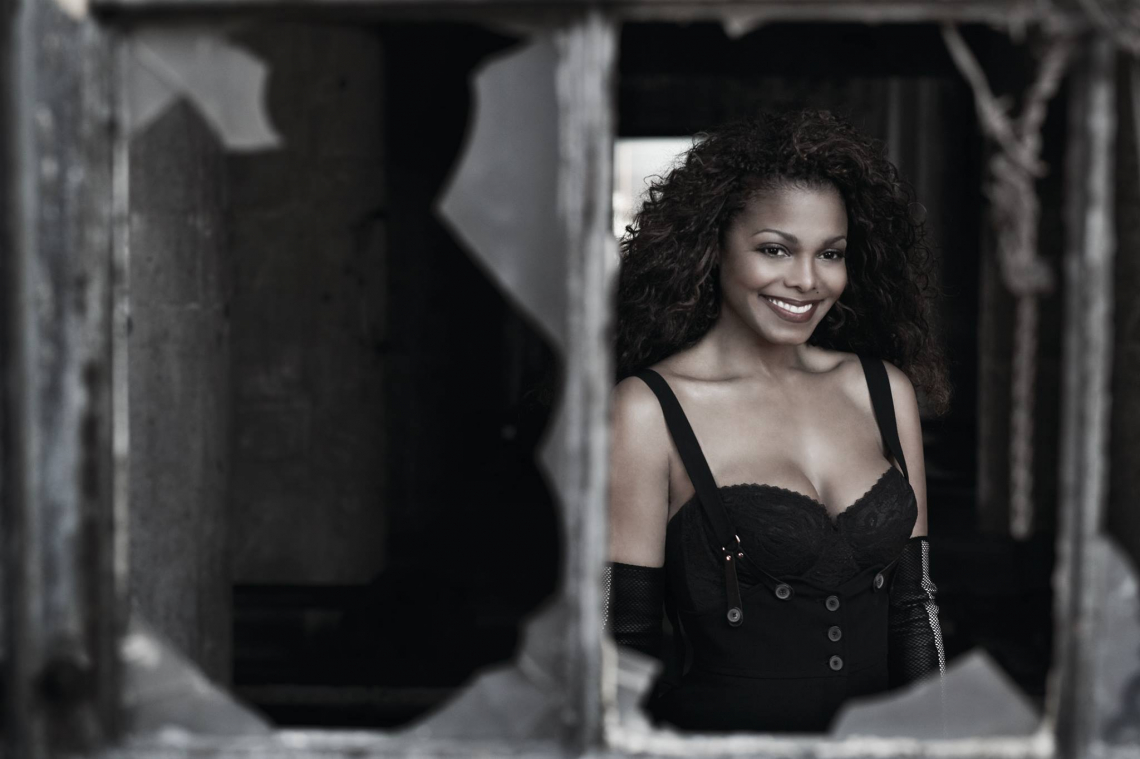 Come for the porn, stay for the articles. Sounds familiar? On this terrain, where others boldly ventured long before us, we’re gonna follow with our pop culture flags held high. Because we know you are not mere animals, you are human beings with human brains that as such wanna be stimulated. Intellectually, that is. And since there are few things more stimulating for the brain than music, this very space here at Dandy Dicks will from now on be reserved for the musical heroes of our time. Overlooked or forgotten talents, people and personalities who made an impact in all our lives and voices that deserve to be heard – including, but not limited to, openly LGBTI artists. So what topic would be more appropriate to kick off this proud endeavor than the return of the ever iconic Janet Jackson, one of the greatest female entertainers to ever do it and youngest offspring of the most notorious family to ever grace the front pages?

Janet (Miss Jackson, if you’re nasty) recently announced her return to music via a video message that sent fans into a frenzy after months and months of speculation. “I promised you’d hear it from my lips, and now you will,” she gushed in that sensual honey-tone that almost all the members of the Jackson clan share and that’s still so reminiscent of her late great brother. “This year: new music, new world tour, a new movement. I’ve been listening. Let’s keep the conversation going,” she proclaims – no: seduces the listener into obediently following her – thus ending a seven-year hiatus during which she did in fact work (films, books, greatest hits compilations, charity), but seemed to avoid public appearances like the plague.

What happened? It’s the oldest story in the book, really: girl meets boy, girl and boy perform together at the Super Bowl, girl suffers a wardrobe malfunction and pops out a titty in front of a TV audience of 100+ million viewers. That #FreeTheNipple hashtag you keep seeing all over social media? Yeah, Janet did that over a decade ago and found the exposure of that huge piercing partly covering her right breast to be particularly career challenging, to say the least. The incident came to be known as “Nipplegate,” and while her partner in crime Justin Timberlake went on to rise to immense new levels of superstardom in the years that have followed since, the black woman was placed with all the blame (duh) and stood helplessly watching her 20+ year-long career in pop music go down the drain in what seemed like minutes. Blackballed by various TV and radio stations throughout the States, her record sales slumped massively, with her last effort to date “Discipline” selling a mere 800,000 copies worldwide (as opposed to the 7 million she moved with 2001’s All For You, Janet’s last pre-Nipplegate-album – not to mention the eight figure sales she had consistently enjoyed since the late 80s).

Calculated or not, the breast-baring stunt certainly strikes untypical of Janet’s usual approach to promotion. Granted, she is no stranger to overt sexuality and flaunting her body on and off stage – starting with the 1993 janet. album for which she posed topless (remember the iconic Rolling Stone cover?) and which saw her exploring topics of sensuality and physical love for the first time. Her heavily publicized sexual awakening came four years after the soaring success of Rhythm Nation 1814, a bold body of work that – after she had taken “control” of her life and career with her 1986 LP of the same name – completed Janet’s reintroduction as an artist in her own right, emancipating her from what had always seemed indivisible family ties. janet. not only became her most successful effort to date with 20 million copies sold worldwide, making her an international household name almost on the same level as her big brother, it also proved to be a turning point in her rise to superstar status – alongside Madonna, Janet became an advocate for and a face of uninhibited female sexuality in pop culture. 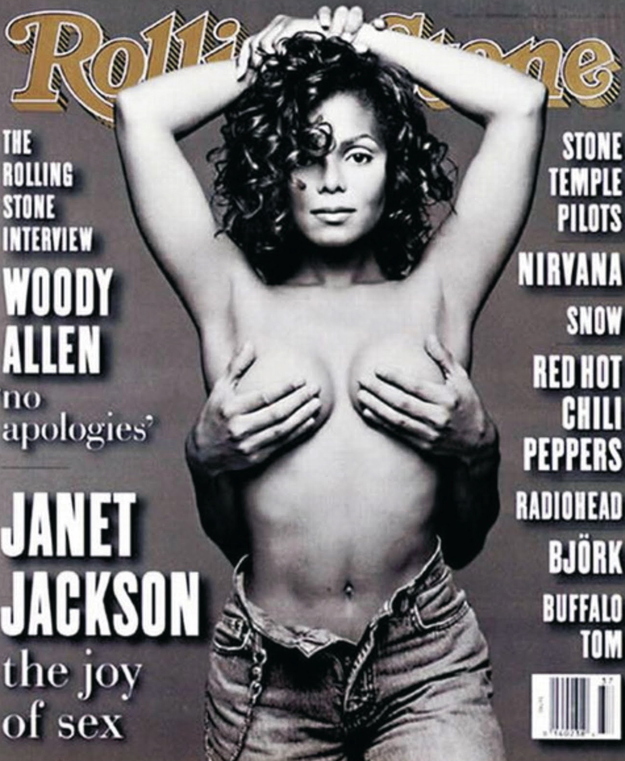 Unlike her Caucasian counterpart though, Janet’s discovery of the power of sex and of her own body (that followed years of insecurity and self-loathing, as she professes in her 2011 self-help memoir True You) was never shrill or in-your-face; or, to break it down: Janet’s message was never “Look at me, I’m naughty,” nor was it “I can be naughty whenever I want, so go fuck yourself.” No, Miss Jackson never popped her pussy for shock value – what she was trying to tell us is, “I’m a grown woman, and sexuality is a huge part of this experience.” Of course, raunchy magazine covers and photo shoots ensued in the long run – but hey, if you got it, flaunt it, so make that money, girl, I ain’t hatin’.

But Janet also used her growing media power for good: on the daring Velvet Rope album, she added risqué topics like homo- and bisexuality as well as AIDS and HIV (she has since acted as ambassador for various AIDS-related charities) to her already socially conscious and politically charged catalog, alongside deeply personal songs about love, loss, loneliness and domestic violence. As hush-hush as she always preferred to keep about her private business, it was always right there in her music.

Despite her larger-than-life status, Janet always stayed real and vulnerable, drawing from personal experience and emotions for her art. What she proposed wasn’t naughtiness; it was intimacy. That’s what (gay) icons are made of, and her influence can still be seen and heard in today’s pop landscape – it was in Aaliyah’s dance moves as it is in Britney’s, J.Lo’s, Ciara’s or Tinashe’s, and let’s be honest, had there been no Janet Jackson, Beyoncé possibly wouldn’t be where she is today. Janet won Grammys when it was far from usual for a female black entertainer to be awarded any kind of recognition from mainstream institutions – plus Janet never had to sport blond wigs in order to appeal to a crossover audience (just sayin’). 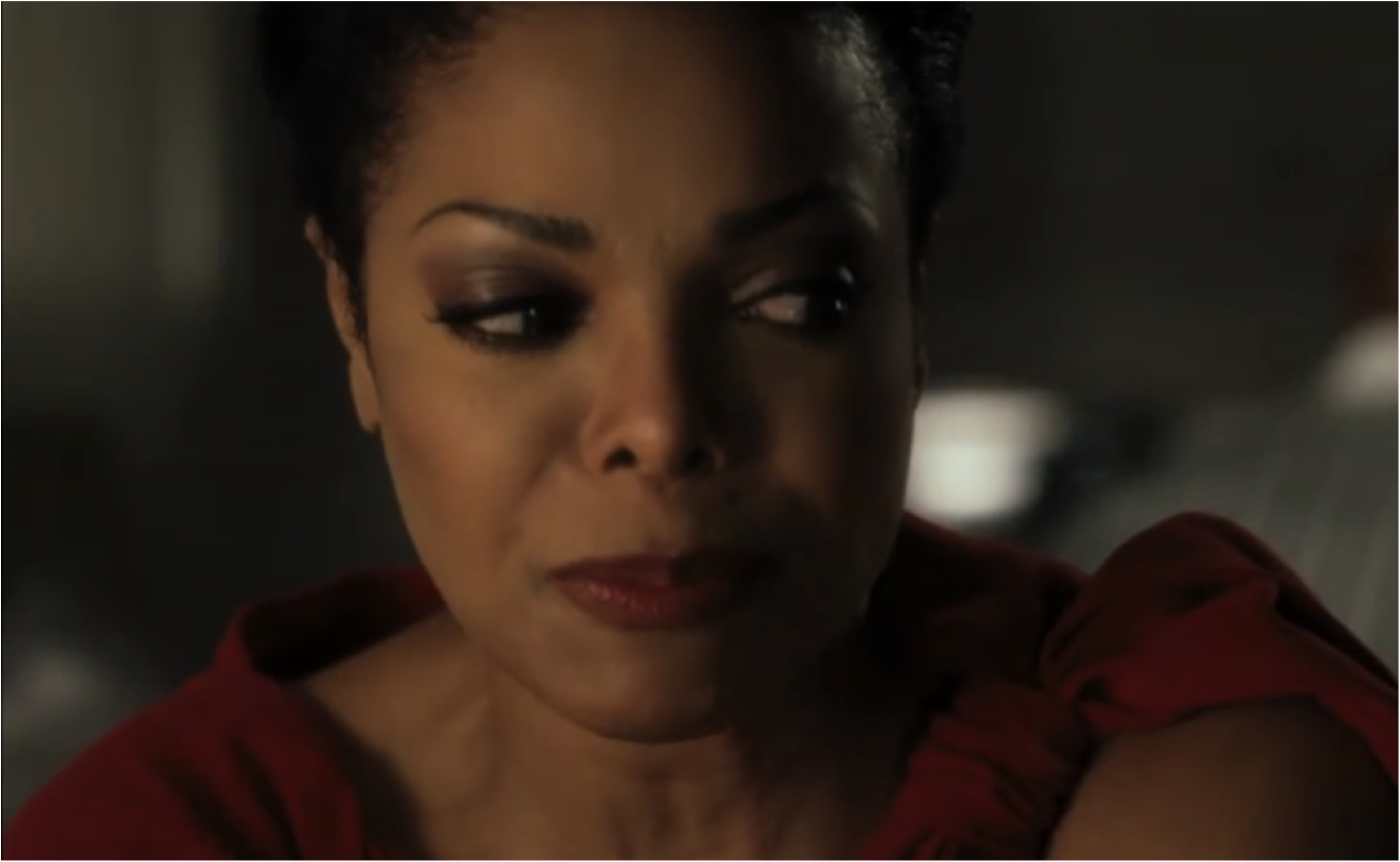 A lot has happened since Janet’s last studio album dropped: Michael passed, superstars have come and gone, others have risen to fame and managed to stay on top, and in 2012, Janet got secretly married (happily, it seems) to her third husband, Qatari billionaire Wissam Al Mana, with whom she spends most of her time in the Middle East. Last year, in a quickly deleted interview sound engineer Ian Cross claimed to work closely with Janet on her new project (that work relationship may have ended after his unauthorized spilling of the tea) that supposedly aims at “blending technology and music together.” 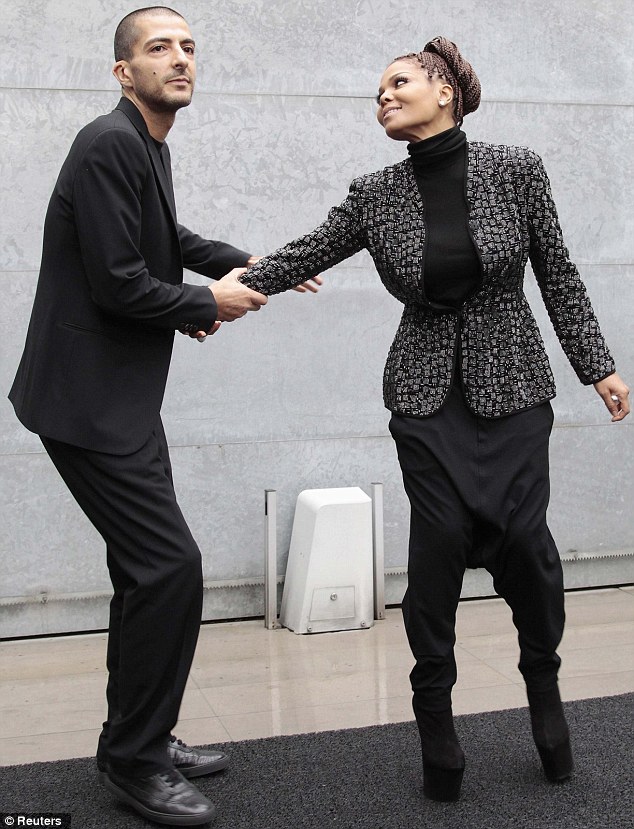 A new era is upon us, and whatever the pop icon has been cooking up, this year she is ready to serve it up once more. So let’s hope the momentum she built is strong enough to propel her back to the top (because frankly, that’s where she belongs) and let’s welcome her back with open arms. But above all: let’s keep the conversation going. Not for Janet’s sake – for our own. Because we need Janet back, and pronto. 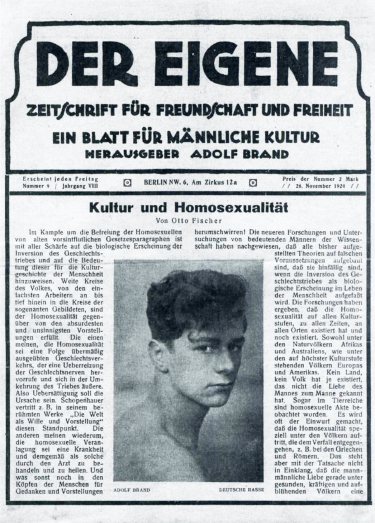 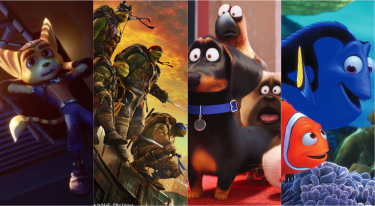 The best article about Furries on the net

My fellow hairless “naked mole rats” of the primate family, 2016 is set to be the year of the Furries. They’re running amuck! BUT FEAR NOT! For once, this journalist is not referring to “gay men having sex in animal costumes”. There’s a much bigger picture here that most people seem to be missing. So unlike so many before me, I will be doing my actual duty as a journalist and shedding some clarity on this fuzzy subject and preventing any fur-ther confusion.